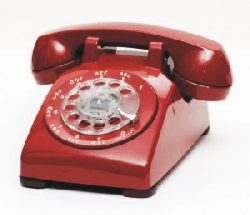 I hate phone calls! Sometimes I pick up the phone and the first thing I hear is some guy chirping “Hi! How are you?” Not “Hello, Randy here!” or “Can I speak to Eddie McMayonnaise please?” like normal people do. He doesn’t even introduce himself. A stranger has called me to enquire about my well-being. Is he a stalker? I hope it isn’t that stinky guy that sat next to me on the bus yesterday. I was hoping my stalker would be female. Or at least use deodorant. Pah! 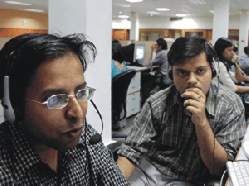 The phone always rings just as I’m sitting down to eat dinner, of course. The other night, I received one of those ghastly telemarketing calls. Some idiot who called himself “Jeff” but sounded more like “Sanjeev” started droning on about reward cards and overdrafts from some dodgy-sounding bank…

So I moved house. Ha!

Ohhhh I’m so angry! I’m off to tear down to a child’s treehouse. CYA!

8 thoughts on “Guest Poster – Eddie McMayonnaise On the Telephone!”