I only noticed when I moved from England to North America – I spoke English. I don’t mean the regular English understood across the world, but a weird 1960’s comedy English I assumed had died out with my grandparents. How queer.

I thought I was doing well to fit into my new country. I started to use lots of ‘z’s in words, a very underused letter back in Blighty. I accepted that pants were the things you wore outside your underpants. My new car had a trunk, not a boot. I was still having trouble with the term ‘fanny pack’ as that does mean something awfully rude in England. Oh, rather.

Biscuits
I’d frequently lapse back into English. Apparently “Popping to the shops”, “Just nipping out for a bit” and “Joining the queue at the Post Office” are uniquely English pastimes. “Oooh,” my friends mocked. “Are you popping for a cup of tea? Nipping out to get some biscuits?” And then they would laugh, as apparently biscuits are something you have with chicken, not dunk in your tea. Chicken and biscuits? How simply dreadful.

Did I ever say I was nipping to or popping anywhere back in England? Maybe the spirits of my English ancestors had possessed me, angry at my overuse of the letter ‘z’ and attempting to claim me back as one of their own. I was being forced to say “Cheerio!” against my will.

Dick Van Dyke
Whatever was causing this strange phenomena, I was morphing into a stereotypical cheeky chirpy Brit, complete with bizarre Dick Van Dyke-style cockney accent, if yer please. And I’m not even from London.

My friends liked my spoken English after all. I thought I sounded like a walking, talking Carry On movie but they thought it was just awesome. Well, one is not amused. It seems a part of me will be forever England, whether I like it or not. What a palaver.

I’m not fat. Curvy maybe, but definitely not porky. But every time I indulge in a biscuit or a cocktail or three, it shows. If I was fat it would just disappear into the folds, but super-sizing myself would take years of dedicated cake eating.

So how to lose those annoying few pounds? I’ve put a few diets to the Tiggy test.

Gummy Worms
I discovered this diet while working at a company that kept a large jar of the gelatinous treats in the boardroom. My wages were too paltry to afford proper food, so I avoided the overpriced delis and helped myself to a handful of wobbly worms every lunch.

After one month I had lost 5 pounds! Unfortunately I also tended to lose consciousness by 3pm, despite the initial sugar rush. Another disadvantage was being fired after being unmasked as the Gummy Worm thief.

Oriental Diet
Inspired by the slim Chinese girl who took my job after I was fired, I decided to try a diet of sushi, noodles and green tea. Nutritious and low in fat, I’d be healthy and rake-thin in no time!
Sushi cost a fortune. How can they charge so much for so little? There was never enough rice and slippery fish in that little tray to fill me up, even if I ate the plastic grass bits too. Green tea tasted like brewed tree clippings. I ended up eating mostly ramen noodles and Chinese take-out (which is Oriental food, so technically allowed.)

One month of plastic grass, twig tea and cheap noodles later I was 9 pounds heavier. Maybe the Chinese girl was on the Gummy Worm diet.

Vegan Alcohol-Free Diet
For this diet I could eat as much fruit, raw vegetables, tofu and pulses as I liked. Bread, dairy products, coffee and alcohol were forbidden.
Fuck that.

There is no wonder food to help me lose weight. Getting off my arse and indulging in hours of punishing exercise is the only solution. That sounds like hell, so I have decided to accept my body the way it is and wobble my way through life. Pass the egg rolls!

Are you, like the rest of the Universe, on Facebook? It’s a great idea. You can find friends, friends you were avoiding can find you, and work colleagues can chat all day without leaving their desks. Join new groups, meet exciting, beautiful people (if you believe their profile picture) and spend valuable time swapping hilarious Fun Wall posts!

Everybody Loves Tiggy
I was new in town and friendless. No need to hang around Starbucks looking lonely, I could use Facebook to meet interesting locals. I sent friend requests to a few people I’d bumped into once or twice. I sent requests to people I didn’t know but were in my new buddies’ network, so they must be fun to hang out with. From Tiggy-no-mates to 28 new friends in one day! Thanks Facebook, my fun social life awaits!

As usual, my optimism was short-lived. I checked Facebook every day for posts and party invites. It was very quiet. My new friend count had stalled at 31. The most popular, fun-loving guy in my friends’ network had not responded to my friend request. A week passed, then two. Nothing. I began monitoring his movements – he was accepting other requests but not mine. I felt rejected. I was upset because someone I didn’t know wanted to keep it that way.

Paranoid Hermit
I began spying on my so-called friends as they posted on each other’s message boards. Geoff and Ricky went on a pub crawl last Saturday. Bob had a great time at Sarah and Dave’s party. No-one posted on my board. My “Hi there, must meet up soon!” posts were drawing blanks. I was becoming paranoid. They were all partying behind my back, laughing about me and telling everyone in town to ignore my friend requests…

Facebook had failed me, simply confirming my social outcast status and turning me into an online stalker. I had two choices – head to the wilderness and become a hermit, or forget online networking and venture back into the real world. I didn’t need an internet connection to meet people. 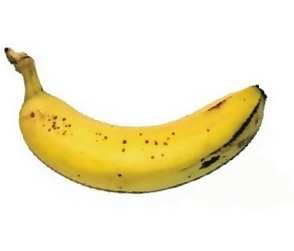 Oooh, you should write a blog, Tiggy.
Why?

Because you’re good with words, you put them together in a nice way.
I can’t spell very well, especially big words.

No-one can spell, that’s why they invented Spell Checker.
But aren’t blogs like diaries? I couldn’t put my diary online. I’d get sued.

No, you can write about anything at all. Make it up if you like.
So what are all the other blogs about?

All sorts of things. Technical stuff, hobbies…
I can’t do technical stuff. I can’t look at a laptop without crashing it.

Do you have a particular interest?
Does drinking count?

Not quite… Look Tiggy, you must know a bit about something?
I know very little about everything.

Well there you go. Write very little about everything.