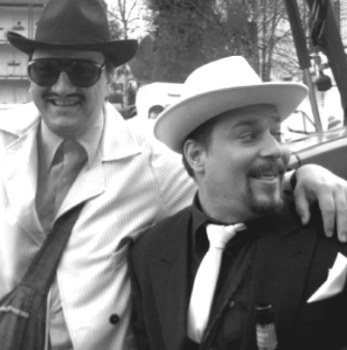 Dear readers, it’s been a while… a bloody long while since I posted anything. I’ve received literally several e-mails asking on my whereabouts, am I still alive, do I need bail money etc. Well thanks, but no. My problem has been of a more sinister kind – THE MAFIA!!

Yes folks, it seems my innocent little blog caught the attention of a shady underworld mob somewhere in Russia. Incensed by my poor grammar and constant piss-taking of Meat Loaf, those cold-hearted dons decided that my blog must disappear. From some dingy basement in Moscow, a team of ruthless Mafia hackers decided to take it apart and TAKE IT DOWN. They trashed it, burned it, pissed on the flames with their vodka-infused urine causing the flames to get higher and burn a bit more… until there was nothing left but a charred, defiled cinder of a website. Those BASTARDS!

Either that or I forgot to renew my web hosting account, I’m not entirely sure.

But anyway, having now single-handedly defeated the Russian mob, I guess it’s time to get on with it and write some ruddy posts! Bugger.