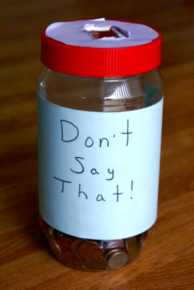 11 thoughts on “Tiggy Joins The No Cussing Club”