Hey kids, if you had to write a letter to God, what what you say to Him?

Aren’t little ones so precious! 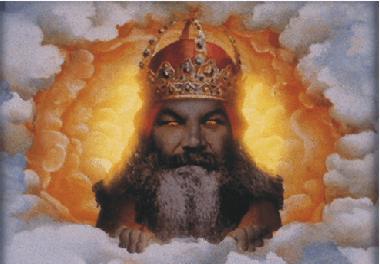 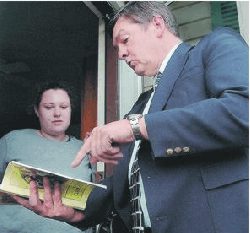 Halloween needn’t be Hell this season! Now your kids can spread the word of the Lord while scaring the neighbourhood with these fetching costumes! Lovingly handcrafted at the Convent of the Blind Virgins in Alabama, these beautiful costumes will warm even the coldest of atheist hearts!

* Anoint your own Pope Cute I in this fetching papal gown. He’ll have great fun bestowing Sainthoods and rounding up heretics at the kiddies’ Halloween party. 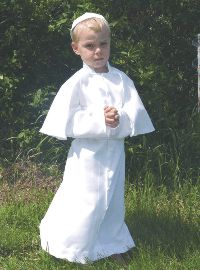 * Your little Angel will be a vision of purity in the St Agnes of Diphtheria costume! She will be charmed by the story of Agnes, a simple Syrian farm girl who saw a vision of Christ and was promptly beheaded by those dreadful Muslims. 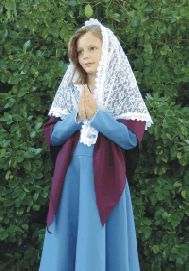 Don’t forget your kids’ friends are only laughing at them because they are jealous and sinful! And their parents are probably poor.

Fun for the faithful shouldn’t stop at bedtime! Treat your tots to a set of Evangelical PJs! Available in Bride of Christ or Crusading Infidel Destroyer themes for your innocent little lambs! 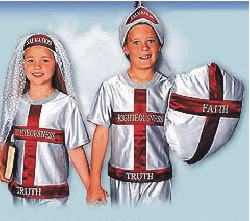 With cute hand-crafted “Righteousness” motifs and a fetching red cross of war, your kids can sleep peacefully knowing the Lord is protecting them through the power of polyester.*

* Not tested against evil spirits or machete-wielding clowns. Highly flammable – do not wear near burning bushes or crosses.

Head on over to the Humor Bloggers’ Halloween Carnival  –
guaranteed to put the willies up you! 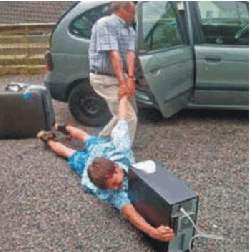 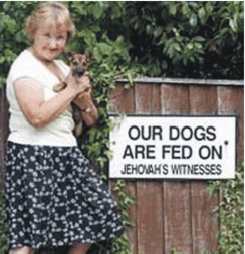 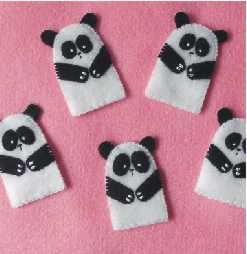