Mrs. Davies’ class has been learning all about healthy eating, inspired by top TV chef Jamie Oliver. The children decided to write to Jamie and tell him about their favourite healthy foods. How sweet!

Monty: Happy Holidays, Tiggy fans! Me an’ Bob jus love this time a year, and you know why? Tis the season to be killin’!

Bob: That’s right, Monty. There’s no better way to celebrate the birth of baby Jesus than with a feast of fresh kill.

Monty: Dasher, Donner, Blitzen and ole Rudolf himself will have pride of place at our Christmas table… as tha main course! We tell the lil kids we shot ’em off the roof. It makes ’em bawl like banshees, but they gotta toughen up sum time, hey?

Bob: Quite right, Monty, there’s no room for crybabies in our hunting hut! Now, seeing as this is the season for giving, we’d like to share some of our golden rules of hunting with the nice Tiggyblog readers, before they head off on their Christmas shooting sprees.

Monty: Thas right, Bob! Ya may be lucky enough to get that huntin’ rifle ya asked for on Christmas time. But ya can’t jus go out an’ blast away anythin’ ya see, no matter how much fun that is! Ya gotta follow a few rules that will make yer shootin’ a lot safer.

We don’t like safer, do we Bob, but I ain’t goin’ to jail no more. I can’t handle no more of that prison life, my poor asshol..

Bob: Anyway, Monty, lets run through a few Things You Shouldn’t Be Shooting At. 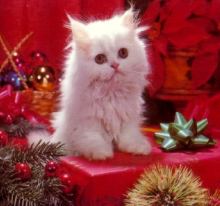 Number one on our no-no list is CATS. They may be plentiful in numbers and taste as good as they look, but no hunter worth his salt would take a shot at this noble and elegant creature.

Bob: No Monty, not even if they’re pooping in your yard. 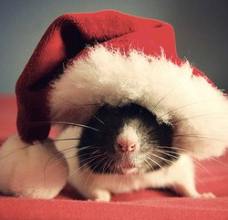 Monty: Aww. Looks like dem good-fer-nothin’ cats are off ma Christmas menu for this year. Next up is tha VERMIN. Don’t shoot vermin, folks!

Bob: Now some folk out there are probably scratching their heads, wondering why we don’t shoot rats or other pesky critters. I bet they’re thinking we’re mad!

Monty: I’ll tell ’em why, Bob! Nummer one, you can’t eat ’em, so is a waste a bullets. Nummer two, they is useless for wearin’ – you try sewin’ together 300 rat pellets to make a pair a pants or jerkin’ or summit. You wastin’ yer time fiddlin’ when you could jus skin a moose an’ throw that on. Nummer three – and let me apologize to the lil ladies out there for ma language – but they’s got all kinda diseases from eatin’ poop an’ shit. The rat I mean, not the lil ladies! Although folks, Bob showed me this video thing called Two Girls, One Cu…

Bob: Thank you Monty. So, my hunting friends, just remember our little motto and you’ll be fine – what is it, Monty?

Monty: No Cats, No Rats, No Pedestrians. It’s tha huntin’ code we live by, hey?

Bob: It sure is. Anyway Monty, it’s time to don our camouflage gear and get hunting!

Monty: Thas right, Bob, I’m gettin’ funny feelin’s in my camo pants jus’ thinkin’ bout it. You go ahead an’ I’ll catch ya up in ten minutes, I have to go lube ma… barrel… on my gun. With tha lube.

Bob: Good idea, Monty, it’s always best to thoroughly test your equipment before a long day of action. Have a great Christmas folks! And remember, pets aren’t just for Christmas – with any luck there’ll be enough left over for Boxing Day! 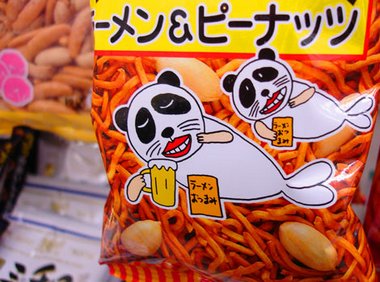 Beer drinkers! Do you enjoy spending the day consuming your body weight in hoppy alcoholic products – I know I do! Don’t want to waste your precious drinking time or money on food? Fortunately those boozy boffins in Japan have been working on a super new bar snack that satisfies all your nutritional needs!

Happy Panda-Seal Yummy Beer Twigs are fashioned from shards of ancient cherry trees grown in the shadow of Mount Fuji. Each stick is delicately flavoured with tasty Teriyaki whale and a hint of Kyoto extract. One pack contains all the goodness your liver and digestive system desperately crave!

* Those 24-hour booze binges will be a breeze with just a handful of Beer Twigs – you’ll have enough energy to drink all night! Laugh at your fast-food stuffed friends as they vomit their undigested burgers all over the street.

* Beer Twigs are perfect for those wilderness campsite drinking sessions – you can even use them to start your camp fire! Simply rub two sticks together to spark an instant flame (remove from mouth before attempting to light).

* Beer Twigs can also be used as hamster bedding, loft insulation, or glue them together to create your own beer twig Bonsai tree! Ahhh so! 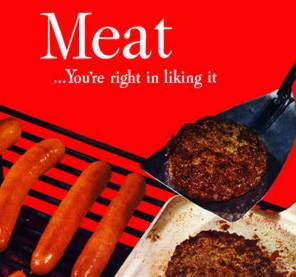 Monty: Hey there Tiggy fans! Monty O’Drizzle here, world-renowned hunter an’ King of the Kill! Today, me an’ my assistant Bob Nutter have been takin’ a look at the wonderful world of meat art.

Monty: I told ya meat is useful! Now, I’m not one for wastin’ my time in art galleries, unless they let me shoot at stuff, hey? But I’d hire out my Momma out for target practice, to own summa this art!

Bob: So Monty, let’s have a wander down our virtual meat-art exhibition. First up is this wonderful sculpture of a house, made out of meat! Look at the plumpness of those sausage walls. 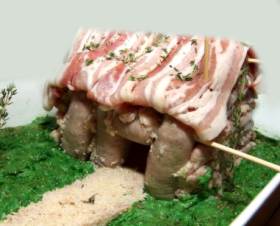 Monty: Holy hell, Bob, I’d love to be livin’ in a house’ made outta meat! It sure beat my lil huntin’ hut fer sure. If I was hankerin’ for supper, I could jus’ lick the walls! Neat, hey?

Bob: And here’s the American Star-Spangled Banner – or should that be the Star Spangled Dinner! This wonderful work of meat art tastes as good as it looks. 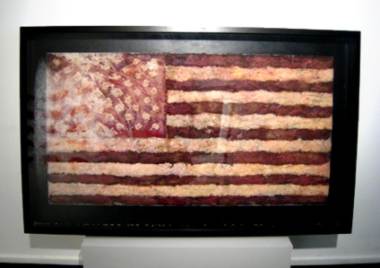 Monty: Now that is one ‘Merican flag I’d like to see goin’ up in flames… on tha’ grill, that is! I’m kinda inspired to be makin’ my own flag outta somethin’ patriotic, like beaver guts. That would hang mighty fine on ma meat wall in ma meat house, hey? Meat. I love ya.

Bob: Meat has also made its way onto the catwalk! Look at this wearable work of art – a dress made out of meat! Never mind those little black cocktail dresses ladies, if you want to impress your man on a date, I’d slip into this cheeky little bacon number. 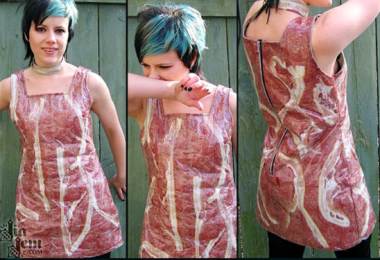 Monty: Bob, I’d even be tempted to go onna date with a lil lady if she were wearin’ that getup! Hell, I’d date a one-legged leprechaun with rabies if he were wearin’ a meat dress!

Bob: Ladies, this outfit may melt a hunter’s heart, but just remember that wearing this dress in warm environments like nightclubs can attract unwanted attention. And I’m not just talking about attracting bar flies! But also maggots and other parasitic infestations.

Monty: Good advice there Bob, I’d be keepin’ a can of fly spray in ma purse jus’ to be safe. Anyhoo, all this meat art stuff is makin’ ma belly make a noise like when we rolled that badger down a hill in an oil drum. Remember that, Bob? He were not a happy badger, that’s fer sure!

Bob: I don’t think we ever did that, Monty. Anyway, join us again next time for another Meat Beat! And don’t forget – meat is murder – but the good kind!