Day One
My true love led me blindfolded into the garden. Was it a new car? A hot tub? No. It was a pear tree. A small partridge had been tied by its feet to a branch. It didn’t seem very happy and was squawking loudly.

I had asked for a Wii for Christmas. It’s the thought that counts I suppose.

Day Two
My true love gave me a large ribbon-tied box. Was it a Wii? I shook the box; it shuddered and squawked. Another partridge? I opened the box to find a pair of fluffy turtle doves blinking back at me. Oh. I guess they could keep the partridge company.

If they misbehave I could transform them into a pair of fluffy slippers.

Day Three
I received a huge box today! It rattled alarmingly. A massage chair? No, more frigging birds. Three angry-looking French hens glared at me and pecked my fingers. They flapped around the kitchen, scratched the carpet and bit my ankles. The poor things seem frustrated. I think they need a French cock.

Day Four
A blood-curdling shriek greeted me this morning. My true love presented me with four calling birds. Tweeters with Tourette’s, more like! The little bastards squawked what sounded like “cockkSUKKA!” all day.

My sexually frustrated hens have finally given up trying to mate with the doves. 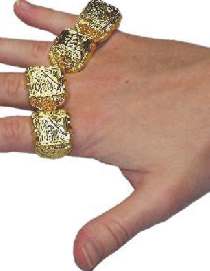 Day Five
I got into trouble with the Salvation Army carol singers today. They were crowded around my doorstep and three bars into Silent Night when their warbles were shattered by “cockkSUKKA!” I had no idea carol singers could be so violent.

On the upside, my true love finally gave me a decent present – five gold rings! They’re a bit chunky for my liking, and one of them has “4 REAL 4 EVA” inscribed on it. I’m not going to ask too many questions.

Day Six
More fucking birds. I now have six geese to add to my aviary. They look suspiciously similar to the geese from our local pond. On the upside, they are popping out eggs like ping-pong balls from a Thai hooker.

I wonder what French hen omelette tastes like? I’d give it a try but unfortunately the geese have taken over the kitchen and attack me when I try to open the fridge.

Day Seven
I had to put my foot down today after my true love presented me with seven swans. All swans are property of the Queen! I now have stolen goods flapping around my house.

I’ve hidden them in the bathroom in case the cops come round. I think they’re onto me – this evening I saw a big black car parked across the street. It must be the Animal Squad or something.

Day Eight
Heeding my bird gift ban, my true love presented me with a money-making present today. A local dairy was going out of business; a dairy herd and eight milking maids were going cheap. I now have a garage awash with milk churns and cow emissions.

This enterprise may work out – the ditzy maids are so grateful for a job I’m paying them a pittance. I may have some plucking jobs for them as well.

Day Nine
I’m beginning to wonder who my true love is buying gifts for. This evening he turned up with nine scantily-clad dancers from the local strip club. He spent all evening “erecting poles” and has turned the basement into a sleazy night club. He argued that seeing how I now had my own home business, it was only fair he had one too.

The geese and swans have declared war on each other and are battling for control of the dining room. I’m thinking of moving out.

Day Ten
To mark the opening of the basement night club, my true love invited ten yuppies from the local Yacht Club for a party. They parked their shiny Porsches all over the street and barged into my basement demanding liquor, music and pole dancing. The posh poseurs spent all evening leaping around with the dancing girls and spilling expensive whiskey on the carpet.

The racket woke up the calling birds who are now squealing “cockkSUKKA!” every ten seconds.
Bloody upper classes.

I received a nice gift this evening. A group of eleven kilted hunks from the Purple Pipe Blowers Marching Band called to play a medley of Christmas tunes on their bagpipes. Unfortunately the band had spent most of the afternoon drinking and their spirited efforts were rather off-key. I’m sure one of them vomited into his pipe during Jingle Bells. At least the noise drowned out the squawks and clucks of the household menagerie.

That black cop car was parked outside my house again. It has spinning rims. On a cop car! No wonder my taxes are so high.

Day Twelve
My fun night of song, scotch and sporran fondling was ruined! One of the Yacht Club snobs started a fight with a piper after accusing him of throwing up on his Porsche. The piper retaliated by lifting his kilt. Twenty-one drunken men then spent the evening punching each other to a pulp.

The Cream & Panties union was no help. They voted to hold a women’s peace protest in the hallway. If I hear them sing We Are Women, We Are Strong one more bloody time… 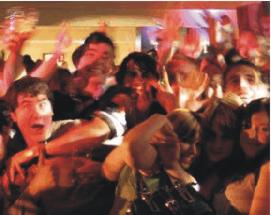 Worse was to come! At midnight a tour bus full of drummers from the Battle of the Hair Bands Show arrived at my door. They had heard the night club was throwing the best Christmas party in town, brimming with drink, drugs and birds. Oh yes, I assured them, there was plenty of birds.
Overpowering the air with the smell of hairspray and weed, they tumbled through my front door with their drum kits, shouting “We’re ready to ROCK! Let’s PARTY!”

So this Christmas Eve I have a house full of sex-starved chickens, stolen swans, obnoxious yuppies, drunk pipers with no underpants on, drugged-up rock drummers and a militant women’s peace camp. This is not going to be a silent night.

Day Thirteen
The gunfire started at two in the morning. The black car squealed down my street and the occupants burst out, firing their guns into the air and screaming “Gimme ma bling yo mofucka! You stole ma muthafucking bling, bitch!” Looks like my five gold rings already had an owner. The gunfire woke up the calling birds, who screeched “cockkSUKKA!” at the gangstas. The dink-dink-dink of bullets hitting Porsches echoed around the street.

The Cream & Panties union broke their peace circle and raced towards the hoodlums, screaming about pimps and unpaid money and how they were taking their muthafuckin’ asses to arbitration.

Having spent the night snorting coke with the drummers, the dairy cows got spooked by the gunfire and rampaged through the garage doors, sending drunken pipers flying and crushing any gangsta or Porsche that got in their way. 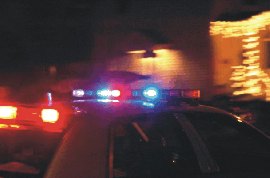 The cops needed thirty police cars and a helicopter to arrest all fifty-two suspects. I’ve been charged with affray, public obscenity, assault with a lap dancing pole, various weapons charges, theft of Royal property, parking violations, infringement of unionized Labour Code C574 and imprisonment of a game bird in a pear tree.

Next Christmas, I’ll get myself a goddam Wii. And a new true love.

Wishing you all a very Hazy Christmas and a Drunken New Year! 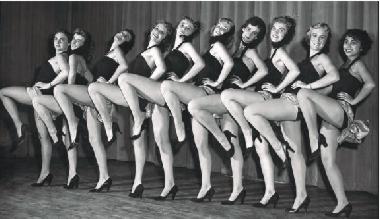 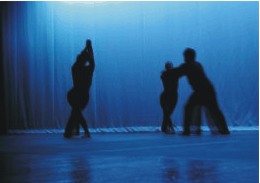 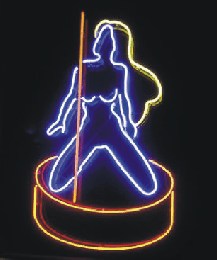