I love birthdays! It’s an excuse to do nothing at work, drink copious amounts of tequila and spend the night throwing up into a salad bowl. That’s how I like to celebrate anyway.
And Tiggyblog is one year old this week! And what a year it’s been…

Despite the international media frenzy, funding for the project was not forthcoming. Bunch of pussies!

Inflammatory post of the year dealt with the controversial topic of… fancy restaurant food. Indeed, I was subject to a barrage of fucked-up-foodie rants and hate mail, and branded a “redneck philistine” who probably drove a pick-up truck to McDonalds every day. Who’d have thought raw beef could stir up such emotions?

Undeterred by my previous film-making ventures, I managed to land a part in a movie! My stunning performance as “Princess” the hot executive was spoiled only by the other 230 people in the shot. 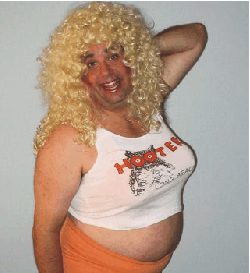 And the hottest posts of the year? Thousands of you have become enlightened about that funny herb you can smoke, the wonders of cheese, a valuable collection of new swear words and my quest to become a Hooters girl. You people are weird.

And in response to the all Google searches I’ve had relating to my Hooters post, a) Hooters girls will not let you eat their panties, b) no, they will not hire you if you are over 200lb and c) performing sex acts with chicken fingers is not illegal in Alberta, as far as I know.

So a big thank you! to the 50,000 visitors to my site so far (could some of you please flippin’ subscribe too? I’m not charging ya) and the countless nutcases who have left messages. You guys are all lovely and probably very attractive!

Thanks also to the Humorbloggers, Jenn, JD, Chelle B., Lord Likely and all the other comedy-blog-persons I’ve probably annoyed over the last twelve months.

Tequila and salad bowls are on me!

1. Cheese was invented by the ancient Egyptians hundreds of years ago. But it wasn’t for eating! They used the melted gloop to block the orifices of mummified pharaohs so their insides didn’t seep out.

2. Gouda and Edam has holes in it. But how did the holes get there? Simple – little grubs on strings. Once the wiggly critters have chomped the required amount of holes, the cheese maker simply tugs the string to remove them. What a fun job those little guys have!

3. The World Record for eating cheese is held by Bagwan Amijaad, a doctor from Mumbai. He managed to consume a staggering six Baby-Bels in one minute – without vomiting! Well done Bagwan! 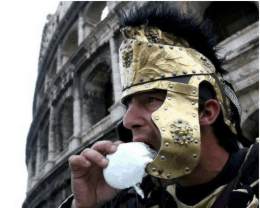 4. The Romans brought cheese to the Empire after Mark Anthony visited Egypt and claimed he had “consumed the finest delicacy, a gift from Hera, discovered right up an old king’s bunghole.”

5. If cheese was a country, it would have to move to Jupiter as it would be too big to fit on Earth. Although it would sink as Jupiter is made from gas. Ok, half of it would fit on Venus, the other half could go to Mars and the rest of it… Hang on. Assuming cheese is the same density as H20 and the total circumference of Mars is…
Look, there’s a lot of fucking cheese around, all right?

7. Cheese is so highly prized in Italy, it is illegal to dump it, throw it or fornicate with it. The last cheese-related hanging was of the notorious ‘Fondue Fuck Party Four’ in Milan in 1937. The criminals were hung, drawn, cubed and served with a delicious gorgonzola melt.

8. Cheese has influenced popular music! The Beatles’ Yesterday was originally called Curds and Whey and was a charming ballard about the cheese making process. Then Paul McCartney spoiled it by turning it into romantic drivel.
From Public Enemy’s hard-hitting Wendsleydale Ghetto Riotz to Guns ‘N’ Roses’ sensational Hot Hard Cheddar Love, cheese has rocked the music world!

9. Some things called cheese aren’t really cheese! A Big Cheese means an important boss, cheesed off means a bit annoyed, and knob cheese isn’t really cheese at all! Unless you’re an ancient Egyptian.

10. Monterey Jack got its name from American cheese maker Arnold Pomeroy. He developed his beloved creamy-but-salty cheese using a ‘special ingredient’. Unfortunately the secret went to his grave as Arnold was hung in Milan in 1924 for undisclosed cheese-related crimes. 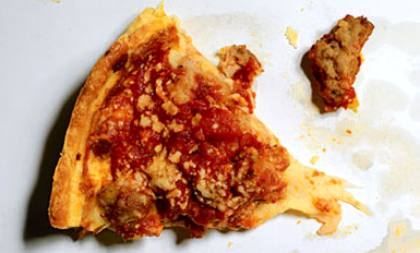 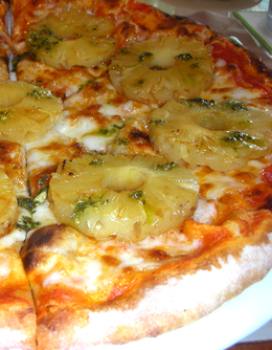 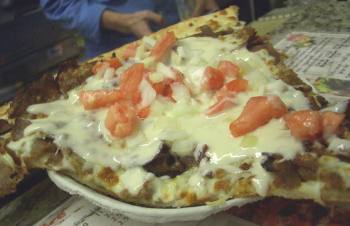