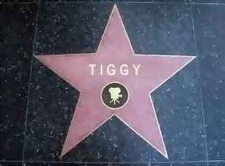 I didn’t know what Hollywood scriptwriters looked like until I saw them on the picket lines during the recent writers’ strike. They looked normal enough – they didn’t drive up in their Ferraris flashing botox smiles like Tinsel Town big shots. They wore normal clothes, had normal faces and probably had messy houses and an overdraft like everyone else.

Hollywood needs them. Can you imagine if they were filming CSI: Las Vegas and the director says to the cast “Hmmm, maybe someone can pretend to be dead, here’s some fake blood. Fucked if I know, just make it up as you go along…” Gil Grissom wouldn’t look like such a know-it-all forensic fancy pants then.

Awesome Movie
Maybe I had what it took to be a movie screenwriter. Stupidly, I wondered out loud to my friends how easy it must be. All you need is to think up some characters, put them in a situation and then resolve that situation, somehow, in about 95 minutes. Go on, my friends said. At least come up with an idea.

My movie script needed careful planning. I had to come up with fascinating characters and an intriguing plotline with plenty of twists. Half an hour of solid work through my lunch break later, I had the foundations of my awesome movie – a dark road trip comedy with a clever subplot. I’d hardly finished my cup-a-soup as I typed out my synopsis. I am in the wrong job, I thought. Just wait until my friends read this. I wonder which producer will call me first?

Hot Dog-Eating Monkeys
My friends’ reviews were lukewarm. “Um, Tiggy, hasn’t this been done before?” “I don’t get that bit about the monkey and the hot dog eating contest…” “I’ve noticed one major flaw in your plotline…”

What a bunch of loser armchair critics. How dare they trash my idea! I played the whole movie back in my mind – it was fantastic! I’d pay to see it several times at a theatre. I sulked like a diva for the rest of the day.

Maybe I’m not cut out to be a screenwriter. The pressure to come up with original, logical and entertaining material is too much for me. The trauma of a rejected idea is unbearable. These Hollywood writers must have a thick skin, even without the botox.